October 2019.  Just back from three weeks in southern Brazil, catching up with colleagues at IUFRO in Curitiba, learning the very latest in mistletoe science and spending some quality time in Atlantic forest, restinga and the statuesque Auracaria  forests further south (chalking up 341 bird species along the way).  Pauline Andrée completed her Masters thesis and Richard McLellan joined my group, exploring the ecology of sandalwood in Western Australia as part of a new project funded by the Hermon Slade Foundation.   Roll-out of the sensors for the Australian Acoustic Observatory is proceeding, including a flying visit to Truwana (Cape Barren Island) in the Furneaux Group.  The second edition of Mistletoes of Southern Australia is now available and I’ve added three new projects for honours students.

February 2019.  About to head off to Sweden for the Tea Bag Index Symposium to learn more about the approach and how best to apply it to our studies of arid and semi-arid plant communities.  One of my PhD students Liz Znidersic just submitted her glorious dissertation–a synthesis of how emerging technologies (camera traps, acoustic recording units and long duration false colour spectrograms) can be used for biodiversity monitoring, using rails as a model system.  Related to this work, we published an opinion piece suggesting that call playback by birders does not necessarily negatively impact birds, and may have several benefits, both for birds and people.  Finally, I worked with Hort Innovation and growers in the Gympie and Bundaberg regions of southern Queensland to evaluate the impact of mistletoe on macadamias.

August 2018.  This winter has been dominated by writing, with progress on a whole lot of papers as well as my first foray into fiction.  In collaboration with City of Melbourne, our project restoring mistletoes to the city has been progressing, with a well-attended function in July sharing our interim findings.  I’ve started a few new projects, including a study funded by the Hermon Slade Foundation investigating the influence of sandalwoods on arid-zone ecosystems.  Finally, I recently signed a contract with CSIRO Publishing for the second edition (revised and expanded) of The Mistletoes of Southern Australia (due out mid 2019). 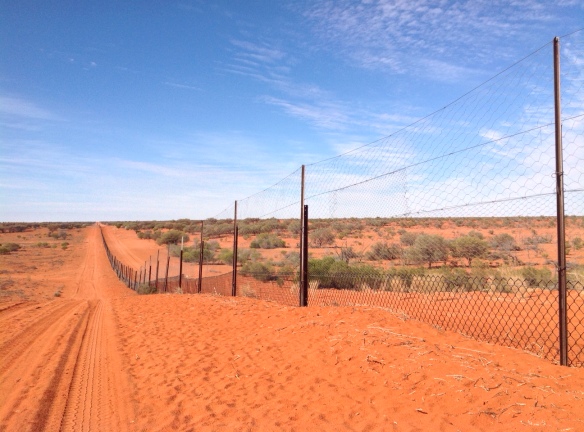 September 2017.  Back in the the office after an action-packed Winter.  A couple of days after the usual three-week trip to inland Australia (highlights from camera-trapping here), I traveled to Colombia for an a four-week trip.  As well as presenting a summary of the Great Western Woodlands project and learning about the latest conservation science at the ICCB meeting in Cartagena, I made the most of the opportunity and spent three weeks in and around the Andes.  Traveling with a professional birding guide was a new experience for me, and I experienced first-hand the growing use of call-playback for birding; the focus of two new student projects.    All up, we encountered 621 bird species (highlights including eight flowerpiercers, eight antpittas, oilbirds, Toucan Barbets, Andean solitaires and the legendary Sword-billed Hummingbird) as well as a mistletoe with the longest flowers I’ve ever seen (Psittacanthus aff. cyclophyllus).

October 2016.  My first day in the office for a while, having just returned from the Little Desert, where I’ve set up a new collaborative study through the FAUNA Research Alliance in close collaboration with Conservation Volunteers Australia.  This project is collecting important baseline data to learn more about how semi-arid woodlands function, and the specific effects that introduced predators are having on ecosystem processes, prior to a series of targeted reintroductions.  As well as these long-term objectives, there’s plenty of scope for student projects associated with this work, including working on some of the more abundant species in this amazing ecosystem, like Boulenger’s Skink, Silky Mouse and ground-foraging birds.

July 2016.  Just back from the fifteenth annual mid-year desert trip.  Persistent rains made for a dynamic itinerary (rained in at Packsaddle) but the pay off was a spectacular floral display, with burr daisies, eremophilas, and even mulgas all in full flower.  I’m heading over to Oregon later in the week for the the IUFRO mistletoe conference  followed by fieldwork in the surrounding forests [Storify of all that happened].  My latest paper was just published in New Phytologist, reviewing recent work on the effects of mistletoe on woodland and forest communities, and proposing that interacting animals (including pollinators, seed dispersers, natural enemies) may underlie facilitative effects previously considered purely as pairwise plant-plant interactions.

October 2015.  Back after a productive three months in Hawai’i, reflecting on some of the people, places and processes I encountered.  In addition to pursuing several new directions, I finished up many manuscripts, including my first co-authored contribution with Maggie Watson.  In this paper, we develop the Wildlife Restoration concept, suggesting animals need to be explicitly included in restoration efforts, especially in urban and agricultural settings where recolonization is too slow, too patchy or both.

June 2015.  This is my last day in the office until mid November.  I’m heading to New Zealand on the weekend to join a workshop on “Facilitation cascades across ecosystems and scales” organized by the Centre for Integrative Ecology at The University of Canterbury.  Following a day of seminars where I’ll join a group of ten researchers to summarize our research, we’ll heading to the Kaikoura research station to put our heads together and write.  A day after I return, I’m back out again, this time heading for Sturt National Park, for the 13 set of winter creek-line bird surveys, as well as catching up with my collaborators on the acoustic monitoring project. After a week in the desert, I then head to Honolulu Hawai’i for the 52nd annual meeting of the Association for Tropical Biology, followed by a three month stay at the Institute for Pacific Islands Forestry at Hilo, where I’ll be conducting some research on mistletoes as part of the Kipuka Project.

Black square is the family mean for megapodes

December 2014.  Back after a successful trip to the desert with 20 students.  So many highlights…  freshwater crabs by the dozen, extended views of a Grey Falcon during a creekline bird survey, then even better looks at another at Cameron Corner (pictured below) and a large Murray Darling carpet python at Yathong on the way home.  Camera-trapping within Sturt National Park was one of our priorities–as well as plenty of cats at all locations we visited, we photographed plenty of kangaroos, goats and even a dingo wandering through our campsite.

July 2014.  Heading back out to the desert for a week, to complete the twelth round of creek-line bird surveys.  This time, I’ll be joined by colleagues from Queensland University of Technology with whom I’m collaborating on an acoustic monitoring project–we’ll be installing permanent acoustic monitoring stations along the four creeklines.  If all goes to plan, we’ll be able to collect high quality on occurrence patterns of birds without needing to drive 1,200 km!

April 2014.  Just returned from a  fortnight in the desert, setting up two new student projects examining host range in mistletoes and the foraging ecology of frugivorous birds.   I also deployed another four song meters as part of the “Big Audio Data” collaboration, all the while live-tweeting updates as the @realscientist curator.